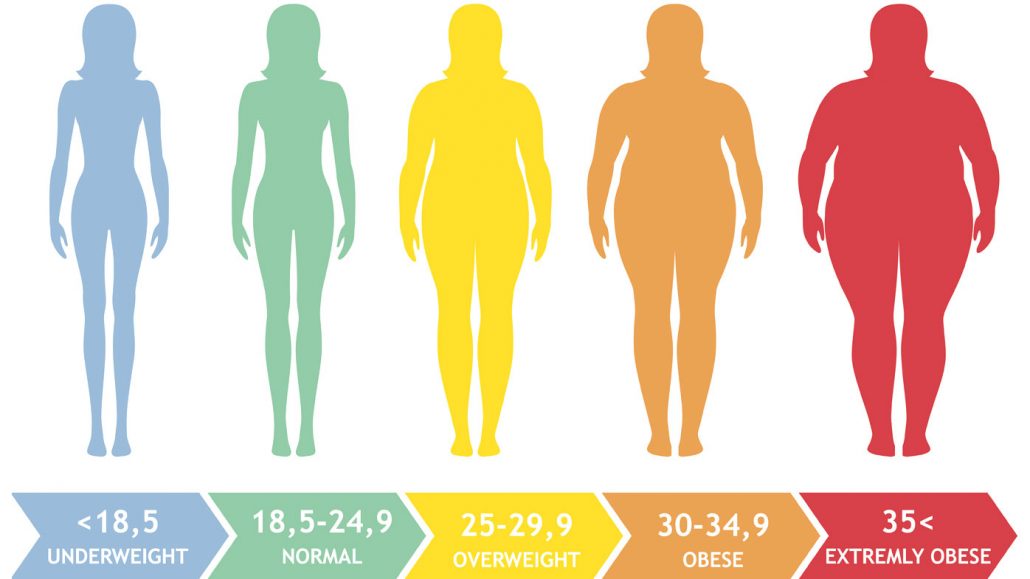 Body mass index (BMI) is a standard health measurement in most healthcare facilities.

And although it has been used for decades as the “go-to” assessment tool for your health based on your size, it has been widely criticized for its oversimplification of what being healthy really means.

In fact, many claim that the BMI is outdated, inaccurate, and shouldn’t be used in medical and fitness settings any longer.

What is the BMI?

BMI stands for Body Mass Index. It was developed in 1832 by a Belgian mathematician named Lambert Adolphe Jacques Quetelet. (1)

He developed the BMI scale to quickly estimate the degree of overweight and obesity in a given population to help governments decide where to allocate health and financial resources.

Interestingly, Quetelet stated that BMI was not useful in studying single individuals but rather to give a snapshot of a population’s overall health. Nevertheless, it’s widely used to measure an individual’s health.

The BMI scale is based on a mathematical formula that determines whether a person is of a “healthy” weight by dividing their weight in kilograms by their height in meters squared.

Alternatively, BMI can be calculated by dividing weight in pounds by height in inches squared times 703:

You can also use an online BMI calculator.

Once BMI is calculated, it’s then compared to the BMI scale to determine whether you fall within the “normal” weight range. (2)

According to this calculation, a healthcare provider may suggest health and lifestyle changes if you don’t fall within the “normal” weight category.

Some countries have adopted this BMI scale to better represent the size and stature of their population. For example, Asian men and women have been shown to be at a higher risk of heart disease at a lower BMI, compared with non-Asians. (3)

Though this can give the healthcare provider a snapshot of a person’s health based on a person’s weight, it doesn’t consider other factors, such as age, sex, race, genetics, fat mass, muscle mass, and bone density.

Is the BMI an Accurate Health Indicator?

Despite concerns that BMI doesn’t accurately identify whether a person is healthy, most studies show that a person’s risk of chronic disease and premature death does increase with a BMI lower than 18.5 (“underweight”) or above 30.0 (“obese”). (4, 5)

The researchers also found that those who were either in the “underweight” or “severely obese” and “extremely obese” categories died an average of 6.7 years and 3.7 years earlier, respectively, compared with those in the “normal” BMI category. (8)

Other studies have shown that a BMI greater than 30.0 begins to significantly increase your risk of chronic health issues, such as type 2 diabetes, heart disease, breathing difficulties, kidney disease, non-alcoholic fatty liver disease, and mobility issues. (9, 10, 11, 12, 13)

Due to most research showing an increased chronic disease risk among people with obesity, many health professionals can use BMI as a general snapshot of a person’s risk. Still, it should not be the only diagnostic tool used. (18, 19)

There are Flaws Within the BMI

Despite research associating a low (below 18.5) and high (30 or greater) BMI with increased health risks, there are numerous flaws with its use.

For example, the BMI only answers “yes” or “no” regarding whether a person is of “normal” weight without any context of their age, sex, genetics, lifestyle, medical history, or other factors.

Relying only on BMI may miss other important measurements of health, such as cholesterol, blood sugar, heart rate, blood pressure, and inflammation levels, and overestimate or underestimate a person’s true health.

What’s more, despite men and women varying body compositions — with men ‘generally’ having more muscle mass and less fat mass than women — BMI uses the same calculation for both groups. (20)

Plus, as a person ages, their body naturally increases in fat mass and declines in muscle mass. Numerous studies have shown that a higher BMI of 23.0 to 29.9 in older adults can be protective against early death and disease. (21, 22)

Finally, by simply using BMI to determine a person’s health, it ignores other aspects of health, such as mental well-being and complicated sociological factors, such as income, access to affordable and nutritious food, food skills and knowledge, and living environment.

BMI Assumes all Weight is Equal

Though one pound of muscle weighs the same as one pound of fat, muscle is actually 25 percent denser than fat therefore taking up less space. As a result, a person may be very lean but have a high muscle mass, making them heavier on the scale.

However, two people of the same height and weight could look completely different. One may be a bodybuilder with high muscle mass while the other may have higher fat mass.

If only BMI is considered, this could easily misclassify a person as being “overweight” or “obese” despite having low fat mass. Therefore, it’s important to consider a person’s muscle, fat, and bone mass in addition to their weight. (23, 24, 25)

Although a greater BMI is linked to poorer health outcomes, the location of fat on the body may make a bigger difference.

In fact, BMI doesn’t consider where fat is stored on the body, which can misclassify a person as being unhealthy or at risk of disease. (31)

BMI May Lead to Weight Bias

It’s expected that a medical professional uses their best judgment, meaning they would take the BMI result and consider their patient as a unique individual.

However, some health professionals only use BMI to measure a person’s health before providing medical recommendations, which can lead to weight bias and poor-quality healthcare. (31, 32)

Those with higher BMIs more often report that their physicians only focus on their BMI, even if their appointment was for an unrelated concern. Often, serious medical issues go unnoticed or are incorrectly seen as weight-related problems. (33)

In fact, studies have shown that the higher a person’s BMI, the less likely they are to attend regular health checkups due to fear of being judged, distrust of the healthcare provider, or a previous negative experience, which can lead to late diagnoses, treatment, and care. (34)

Despite the many flaws of BMI, it’s still used as a primary assessment tool, as it’s convenient, cost effective, and accessible in all healthcare settings.

However, there are alternatives to BMI that may be better indicators of a person’s health — though they all come with their own set of advantages and disadvantages. (35, 36, 37)

A larger waist circumference — one greater than 35 inches in women or 40 inches in men — indicates greater body fat in the abdominal area, which is associated with a higher risk of chronic disease.

It’s easy to measure, only requiring a measuring tape.

It’s easy to measure, requiring only a measuring tape and calculator.

Body fat percentage is the relative amount of body fat a person has.

Most of the time, a single lab value is not sufficient to diagnose or indicate risk.

Regardless of the assessment tool used, it’s important for healthcare providers to not rely on one test alone. For example, a healthcare provider may measure a person’s BMI and waist circumference, and if concern arises, a blood test may follow.

It’s important to treat each patient as an individual person to determine what health means to them — physically, mentally, emotionally, and spiritually.

Research typically shows a greater risk of chronic disease as BMI increases above the “normal” range. Furthermore, a low BMI (below 18.5) is also linked to poor health outcomes.

That said, BMI fails to consider other aspects of health, such as age, sex, fat mass, muscle mass, race, genetics, and medical history. What’s more, using it as a sole predictor of health has been shown to increase weight bias and health inequities.

Though BMI can be useful as a starting point, it should not be the only measurement of your health.