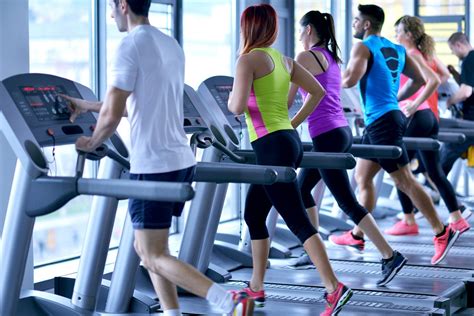 Let’s take a look at the single biggest fat burning mistake people make. And this error is leading to some pretty significant consequences, like:

The number one mistake that a majority of people make, especially in the gym is doing way too much cardio. Most people who want to burn fat and lose weight falsely assume that going to the gym and doing traditional aerobic exercise, like jogging on the treadmill, is the best way to see results.

However, recent research is providing undisputable evidence that long distance cardiovascular exercise is NOT the fastest or the best way to burn fat and lose weight.

If you’ve been spending hours on the treadmill and not seeing any results, it’s because long distance cardiovascular exercise can actually breakdown muscle tissue, blunt testosterone and growth hormone production and raise your stress hormone level of cortisol.

So, why is this important to know?

Because, increased levels of cortisol stimulate your appetite, increase fat storage, and slow down or prevent exercise recovery.

So, what is a proven better approach when it comes to maximizing your benefits in the gym? Try Burst Training!

What is Burst Training?

Burst training involves exercising at 85 to 100 percent of your maximum effort for 30 to 60 seconds in order to burn your body’s stored sugar (glycogen), followed by 30 to 60 seconds of low impact for recovery.

This type of training primes your body to burn fat for up to 36 hours to replace your body’s vital energy (glycogen) stores.

You only need to do 6 to 8 sets of 30 to 60 second bursts 3 times a week to see marked changes and improvements in body composition and cardiovascular health. Additionally, more is not always better and make sure you take days of rest for recovery.

If you want to see results fast without the negative benefits of cardiovascular exercise, your best option is burst training.

Burst training is done at 85 to 100 percent maximum heart rate rather than 50 to 70 percent in moderate endurance activity.

With burst and other types of interval training, you are getting the same cardiovascular benefits as endurance exercise but without the negative side effects. Also, burst training is the fastest way to lose weight and burn body fat.

Have you ever noticed the difference between a sprinter’s physique compared to a marathon runner?

One of the major benefits of burst training is that it can be done in the comfort of your own home with no or minimal equipment.

An easy example of burst training would be going to a track and walking the curves and sprinting the straightaways. Or getting on a spin bike and cycling hard for 30 seconds then going easy for 30 seconds, then repeating that cycle for between 10 to 40 minutes, depending on your fitness level.

Burst (or interval) training isn’t necessarily new. Elite athletes and Olympians have known this secret to exercising and have been doing interval training for many decades.

However, the research proves that anybody (not just elite athletes) can do interval training and achieve amazing results, no matter your experience or fitness level.

The researchers studied two groups and found that the group who did eight seconds of sprinting on a bike, followed by 12 seconds of exercising lightly for 20 minutes, lost three time as much fat as those who exercised at a continuous, regular pace for 40 minutes. (3)

The reason burst training works is because it produces a unique metabolic response in your body. Intermittent sprinting causes your body to not burn as much fat during exercise but after exercise your metabolism stays elevated and will continue to burn fat for up to 48 hours after training!

Also, chemicals called catecholamines (hormones produced by your adrenal glands) cause an increase in fat oxidation, allowing your body to burn fat more efficiently and faster.

Another study published in the Journal of Applied Physiology researched eight different women in their early 20s. They were told to cycle for 10 sets of four minutes of hard riding, followed by two minutes of rest. (4)

After two weeks, the amount of fat burned increased by 36 percent, and their cardiovascular fitness improved by 13 percent.

The primary hormone response invoked by strength and resistance training is elevated levels of human growth hormone. This hormone is essential for fat mobilization.

It also signals fat burning enzymes and aids in muscle mass development. HGH levels are raised most during sleep, in direct proportion to exercise intensity during your workout.

Strength training will improve your glucose tolerance and increase insulin receptor sensitivity. This will help your body become a fat burner, rather than a sugar burner.

There are many benefits associated with cardio and aerobic training, but also many negatives.

Cardio training will lower your resting heart rate, lower blood pressure, keep your brain young by increasing circulation to the brain and aids in detoxification by stimulating the lymphatic system.

Increased levels of cortisol stimulate the appetite, will increase fat storing and slow down or inhibit exercise recovery.

So, how do we get the benefits from our exercise program without the negative affects?