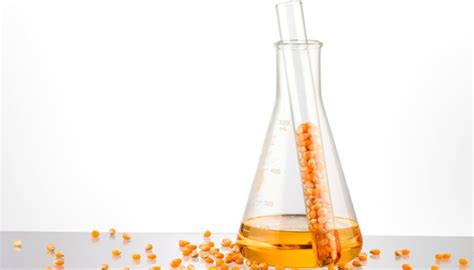 High fructose corn syrup (HFCS) is a non-nutrient bearing, calorie-providing sweetener, used to sweeten many of our processed foods and beverages.

This relatively new food ingredient was first produced in Japan in the late 1960s. It then entered the American food supply system in the early 1970s.

High Fructose Corn Syrup (HFCS) is now the most desirable sweetener used by food manufacturers because it is equally as sweet as table sugar, blends well with other foods, helps foods to maintain a longer shelf life, and is less expensive than other sweeteners due to government subsidies on corn.

Even though it floods many of the foods and beverages Americans love to consume, there is reason to be concerned.

There is no digestion required for High Fructose Corn Syrup (HFCS), so, because of the way its metabolized 100 percent of the metabolic process rests on your liver. (HFCS) is immediately main-lined directly into the liver triggering the production of triglycerides and cholesterol causing liver damage.

Every cell in your body, including your brain, utilizes glucose. Therefore, much of it can be “burned up” after being consumed. By contrast, High Fructose Corn Syrup is turned into free fatty acids, the damaging type of cholesterol and triglycerides, which get stored as fat.

Fatty acids created during High Fructose Corn Syrup (HFCS) metabolism accumulate as fat deposits in your liver and skeletal muscle tissues. This in turn causes two major symptoms, one is called insulin resistances, which now affects 1 in 3 Americans and the other is called Non-alcoholic Fatty Liver Disease (NAFLD) which affects nearly 30 percent of the entire American population.

High Fructose Corn Syrup (HFCS) is the most lipophilic carbohydrate. Simply put (HFCS) converts to Glycerol-3-Phosphate (G3P) which is then directly used to turn fatty acids into triglycerides. The more (G3P) you have in your body, the more fat your body will store.

High Fructose Corn Syrup (HFCS) interferes with the brain’s communication with leptin, a hormone which plays a key role in regulating appetite. This miscommunication negates the feeling of being satiated resulting in overeating.

6. (HFCS) is a Marker for Poor Quality Food

High Fructose Corn Syrup (HFCS) is a marker for poor-quality, nutritionally-depleted, processed industrial food full of empty calories and artificial ingredients. If you find high fructose corn syrup (HFCS) on the label you can be sure it is not a whole, real, fresh food full of fiber, vitamins, minerals, phytonutrients, and antioxidants.

As we can see, High Fructose Corn Syrup (HFCS) has become ubiquitous in our food supply. The sticky stuff features prominently in everything from breakfast cereals, breads and processed snacks to soft drinks, sauces and salad dressings.

How to Avoid (HFCS)

The best way to avoid the dangers of High Fructose Corn Syrup (HFCS) and all of its adverse effects is to avoid processed or pre-packaged foods and drinks. Instead, focus on whole ‘real food’ choices consisting of quality lean meats, poultry and fish, nuts and seeds and plenty low glycemic fruits and vegetables.

Tony Bednarowski
http://www.getyourleanon.com
Over the past 30 years Tony has devoted his time to educating, coaching and mentoring people to take charge of their own health’s destiny. He says “As we continue to listen to outdated nutritional advice, it’s clearly evident that our approach has completely missed the mark proven by the fact that society is getting bigger and sicker as a result, not leaner and healthier”.

7 Myths Behind a pH Balanced Diet