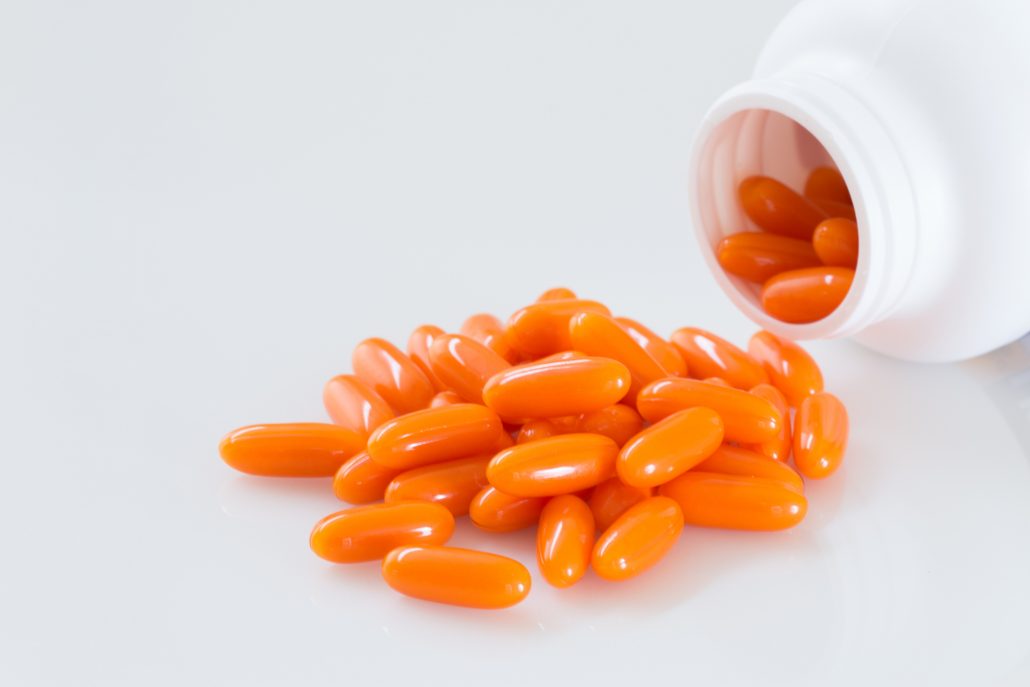 Coenzyme Q10, also known as CoQ10, is a compound that helps generate energy in your cells.

Your body produces CoQ10 naturally, but its production tends to decrease with age. Fortunately, you can also get CoQ10 through supplements or foods.

Health conditions like heart disease, brain disorders, diabetes, and cancer have been linked to low levels of CoQ10. (1)

It is not clear whether low levels of CoQ10 cause these diseases or are a result of them.

One thing is for certain: plenty of research has revealed CoQ10’s wide range of health benefits.

Here is what you need to know about CoQ10

CoQ10 is a compound made by your body and stored in the mitochondria of your cells. (2)

The mitochondria are in charge of producing energy. They also protect cells from oxidative damage and disease-causing bacteria or viruses. (3)

CoQ10 production decreases as you age. Thus, older people seem to be deficient in this compound.

Research has shown that CoQ10 plays several key roles in your body.

One of its primary functions is to help generate energy in your cells. It’s involved in making adenosine triphosphate (ATP), which is involved in energy transfer within cells. (6)

Its other crucial role is to serve as an antioxidant and protect cells from oxidative damage. (7, 8)

Excessive amounts of free radicals lead to oxidative damage, which can interfere with regular cell functioning. This is known to cause many health conditions. (9)

Given that ATP is used to carry out all the body’s functions and oxidative damage is destructive to cells, it is not surprising that some chronic diseases have been linked to low levels of CoQ10. (10)

CoQ10 is present in every cell of your body. However, the highest concentrations are found in organs with the greatest energy demands, such as the heart, kidneys, lungs and liver. (11)

Here are the 7 main benefits of CoQ10

1. It May Help Treat Heart Failure

Heart failure is often a consequence of other heart conditions, such as coronary artery disease or high blood pressure. (12)

These conditions can lead to increased oxidative damage and inflammation of the veins and arteries. (13)

Heart failure occurs when these problems affect the heart to the point that it is unable to regularly contract, relax or pump blood through the body. (14)

To make matters worse, some treatments for heart failure have undesirable side effects, such as low blood pressure, while others could even further reduce CoQ10 levels. (15)

In a study of 420 people with heart failure, treatment with CoQ10 for two years improved their symptoms and reduced their risk of dying from heart problems. (16)

Also, another study treated 641 people with CoQ10 or a placebo for a year. At the end of the study, those in the CoQ10 group had been hospitalized less frequently for worsening heart failure and had fewer serious complications. (17)

It seems that treatment with CoQ10 could assist with restoring optimal levels of energy production, reduce oxidative damage and improve heart function, all of which can aid the treatment of heart failure. (18)

2. It Could Help with Diabetes

Oxidative stress can induce cell damage. This can result in metabolic diseases like diabetes. (19)

Abnormal mitochondrial function has also been linked to insulin resistance. (20)

Supplementing with CoQ10 might also help increase CoQ10 concentrations in the blood by up to three times in people with diabetes who typically show low levels of this compound. (22, 23)

Also, one study had people with type 2 diabetes supplement with CoQ10 for 12 weeks. Doing so significantly reduced fasting blood sugar levels and hemoglobin A1C, which is the average of blood sugar levels over a two to three-month period. (24)

Lastly, CoQ10 might help prevent diabetes by stimulating the breakdown of fats and reducing the accumulation of fat cells that could lead to obesity or type 2 diabetes. (25)

Oxidative stress is known to cause cell damage and affect cell function. (26)

If your body is unable to effectively fight oxidative damage, the structure of your cells can become damaged, possibly increasing the risk of cancer. (27, 28)

Interestingly, cancer patients have been shown to have lower levels of CoQ10.

Low levels of CoQ10 have been associated with up to a 53 percent higher risk of cancer and indicate a poor prognosis for various types of cancer. (31, 32)

What’s more, one study also suggested that supplementing with CoQ10 may help reduce the chance of cancer recurrence. (33)

4. It Is Good for the Brain

Mitochondria are the main energy generators of brain cells.

Mitochondrial function tends to decrease with age. Total mitochondrial dysfunction can lead to the death of brain cells and diseases like Alzheimer’s and Parkinson’s. (34)

Unfortunately, the brain is very susceptible to oxidative damage due to its high fatty acid content and its high demand for oxygen.

This oxidative damage enhances the production of harmful compounds that could affect memory, cognition and physical functions. (35, 36)

CoQ10 may reduce these harmful compounds, possibly slowing the progression of Alzheimer’s and Parkinson’s disease. (37, 38)

5. CoQ10 Could Protect the Lungs

Of all your organs, your lungs have the most contact with oxygen. This makes them very susceptible to oxidative damage.

Increased oxidative damage in the lungs and poor antioxidant protection, including low levels of CoQ10, can result in lung diseases like asthma and chronic obstructive pulmonary disease (COPD). (39)

Additionally, it has been shown that people suffering from these conditions present lower levels of CoQ10. (40, 41)

A study demonstrated that supplementing with CoQ10 reduced inflammation in individuals who had asthma, as well as their need for steroid medications to treat it. (42)

Another study showed improvements in exercise performance in those suffering from COPD. This was observed through better tissue oxygenation and heart rate after supplementing with CoQ10. (43)

6. It Could Help with Exercise Performance

CoQ10 can help exercise performance by decreasing oxidative stress in the cells and improving mitochondrial functions. (47)

In fact, one study investigated the effects of CoQ10 on physical activity. Those supplementing with 1,200 mg of CoQ10 per day for 60 days showed decreased oxidative stress. (48)

Furthermore, supplementing with CoQ10 can help increase power during exercise and reduce fatigue, both of which can improve exercise performance. (49, 50)

7. It Could Reduce Headaches

Abnormal mitochondrial function can lead to an increased calcium uptake by the cells, the excessive production of free radicals and decreased antioxidant protection. This can result in low energy in the brain cells and even migraines. (51)

Since CoQ10 lives mainly in the mitochondria of the cells, it has been shown to improve mitochondrial function and help decrease the inflammation that may occur during migraines. (52)

In fact, a study showed that supplementing with CoQ10 was three times more likely than a placebo to reduce the number of migraines in 42 people. (53)

Dosage and Side Effects

Ubiquinol accounts for 90 percent of the CoQ10 in the blood and is the most absorbable form. Thus, it’s recommended to choose from supplements containing the ubiquinol form. (55, 56)

The standard dose of CoQ10 ranges from 90mg to 200mg per day. Doses up to 500mg seem well tolerated, and several studies have used even higher doses without any serious side effects. (57), 58, 59)

Because CoQ10 is a fat-soluble compound, its absorption is slow and limited. However, taking CoQ10 supplements with food can help your body absorb it up to three times faster than taking it without food. (60, 61)

Additionally, some products offer a solubilized form of CoQ10, or a combination of CoQ10 and oils, to improve its absorption. (62, 63, 64)

Your body does not store CoQ10. Therefore, its continued use is recommended to see its benefits. (65, 66)

Supplementing with CoQ10 appears to be well tolerated by humans and have low toxicity. (67)

In fact, participants in some studies showed no major side effects taking daily doses of 1,200 mg for 16 months. (68)

However, if side effects appear, it is recommended to divide the daily dose into two to three smaller doses.

While you can easily consume CoQ10 as a supplement, it can also be found in some foods.

It appears that CoQ10 is similarly absorbed in capsule form or through foods. (69)

CoQ10 is a fat-soluble, vitamin-like compound that seems to have many health benefits.

It is involved in the production of cellular energy and serves as an antioxidant.

These properties make it helpful in the preservation of cells and the prevention and treatment of some chronic diseases.

CoQ10 has been shown to help improve heart health and blood sugar regulation, assist in the prevention and treatment of cancer and reduce the frequency of migraines.

It could also reduce the oxidative damage that leads to muscle fatigue, skin damage and brain and lung diseases.

CoQ10 can be found as a supplement that seems to be well tolerated. Additionally, it’s found in some foods like animal organs, vegetables and legumes.

Since CoQ10 production decreases with age, adults of every age could benefit from more of it.

Whether you consume more foods with a high CoQ10 content or take supplements, CoQ10 has shown great promise in benefitting your health.