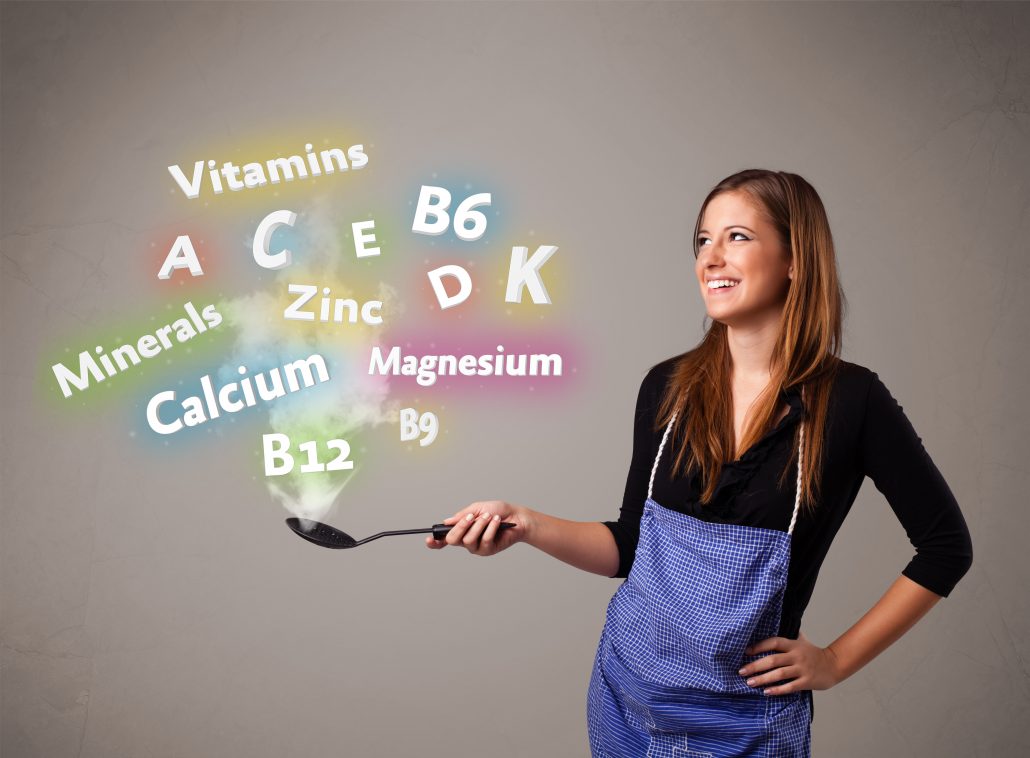 Many nutrients are essential for good health (essential meaning, they are NOT manufactured within our bodies, therefore we must consume them from an outside source).

And while it’s possible to get everything the body needs nutritionally through a balanced diet; the standard Western diet is quite low in several very important nutrients.

In this article I will outline 7 nutrient deficiencies that are incredibly common in the Western culture.

Iron is an essential mineral. It’s a large component of red blood cells, in which it binds with hemoglobin and transports oxygen to your cells.

The two types of dietary iron are:

Iron deficiency is one of the most common nutrient deficiencies in the world, affecting more than 25 percent of people worldwide. (1, 2)

This number rises to 47 percent in preschool children. Unless they’re given iron-rich or iron-fortified foods, they are very likely to lack iron.

Additionally, vegetarians and vegans have an increased risk of deficiency because they consume only non-heme iron, which is not absorbed as well by the body as heme iron. (3, 4)

The most common consequence of iron deficiency is anemia, in which the number of your red blood cells and your blood’s ability to carry oxygen drops.

The best dietary sources of heme iron include: (7)

The best dietary sources of non-heme iron include:

However, you should never supplement with iron unless you are truly deficient. Too much can be very toxic and harmful to your system.

Iodine is an essential mineral for normal thyroid function and the production of thyroid hormones. (8)

Thyroid hormones are involved in many bodily processes, such as growth, brain development, and bone maintenance. They also regulate your metabolic rate.

Iodine deficiency is one of the most common nutrient deficiencies, affecting nearly a third of the world’s population. (9, 10, 11)

The most common symptom of iodine deficiency is an enlarged thyroid gland, also known as a goiter. It may also cause an increase in heart rate, shortness of breath, and weight gain. (12)

Severe iodine deficiency is linked to serious harm, especially in children. It may cause mental retardation and developmental abnormalities. (13, 14)

Good dietary sources of iodine include:

However, these amounts can vary greatly. As iodine is found mostly in soil and ocean water, iodine-poor soil will result in lower iodine levels in food.

Additionally, some countries mandate the enrichment of table salt with iodine, which has successfully reduced the incidence of deficiencies. (15)

Vitamin D is a fat-soluble vitamin that functions like a steroid hormone in your body.

It travels through your bloodstream and into cells, telling them to turn genes on or off. Almost every cell in your body has a receptor for vitamin D.

Vitamin D is produced from cholesterol in your skin upon exposure to sunlight. Thus, people who live far from the equator are likely to be deficient unless their dietary intake is adequate or they supplement with vitamin D. (16)

In the United States, about 42 percent of people may be deficient in this vitamin. This number rises to 74 percent in older adults and 82 percent in people with dark skin since their skin produces less vitamin D in response to sunlight. (17, 18)

Vitamin D deficiency is not usually obvious, as its symptoms are usually subtle and may develop over years or even decades. (19,20)

Adults who are deficient in vitamin D may experience muscle weakness, bone loss, and an increased risk of fractures. In children, it may cause growth delays and soft bones (rickets). (21, 22, 23)

Additionally, vitamin D deficiency may play a role in reduced immune function and an increased risk of cancer. (24)

While very few foods contain significant amounts of this vitamin, the best dietary sources are: (25)

People who are deficient may want to take a supplement or increase their sun exposure. It can be hard to get sufficient amounts through diet alone.

Vitamin B12, also known as cobalamin is a water-soluble vitamin that is essential for blood formation, as well as brain and nerve function.

Every cell in your body needs B12 to function normally, but your body is unable to produce it. Therefore, we must get it from food or supplements.

B12 is only found in sufficient amounts in animal foods, although certain types of seaweed may provide small quantities. Therefore, people who do not eat animal products are at an increased risk of deficiency.

Studies indicate that up to 85 percent of vegetarians and vegans are at greater risk of being deficient in vitamin B12. (26, 27)

Additionally, more than 20 percent of older adults are at higher risk of being deficient in this vitamin since absorption decreases with age. (28, 29)

B12 absorption is more complex than that of other vitamins because it’s aided by a protein known as intrinsic factor. Some people are lacking in this protein and may thus need B12 injections or higher doses of supplements.(30)

One common symptom of vitamin B12 deficiency is megaloblastic anemia, which is a blood disorder that enlarges your red blood cells.

Other symptoms include impaired brain function and elevated homocysteine levels, which is a risk factor for several diseases. (31, 32)

Dietary sources of vitamin B12 include:

Calcium is essential for every cell in your body. It mineralizes bones and teeth, especially during times of rapid growth. It is also very important for bone maintenance.

Additionally, calcium serves as a signaling molecule. Without it, your heart, muscles, and nerves would not be able to function.

The calcium concentration in your blood is tightly regulated, and any excess is stored in bones. If your intake is lacking, your bones will release calcium.

That is why the most common symptom of calcium deficiency is osteoporosis, characterized by softer and more fragile bones.

Although supplementing increased these numbers slightly, most people were still not getting enough calcium.

Dietary sources of calcium include:

While it’s best to get calcium from food rather than supplements, supplemental calcium seems to benefit people who are not getting enough through their diet. (36)

Vitamin A is an essential fat-soluble vitamin. It helps form and maintain healthy skin, teeth, bones, and cell membranes. Furthermore, it produces eye pigments, which are necessary for vision. (37)

There are two different types of dietary vitamin A: (38)

More than 75 percent of people who eat a Western diet get more than enough vitamin A and do not need to worry about deficiency. (39)

Vitamin A deficiency can cause both temporary and permanent eye damage and may even lead to blindness. In fact, this deficiency is the world’s leading cause of blindness.

Vitamin A deficiency can also suppress immune function and increase mortality, especially among children and pregnant or breastfeeding women. (41)

Dietary sources of preformed vitamin A include:

Dietary sources of beta carotene (pro-vitamin A) include:

While it is very important to consume enough of this vitamin, too much preformed vitamin A may cause toxicity.

This does not apply to pro-vitamin A, such as beta carotene. High intake may cause your skin to turn slightly orange, but this effect isn’t dangerous.

Magnesium is a key mineral in our body, involved in more than 300 enzyme reactions. (42)

However, nearly half of the U.S. population consumes less than the required amount of magnesium. (43)

Low levels are particularly common among hospitalized patients. Some studies find that as high as 65 percent of them are deficient. (45, 46, 47)

Deficiency may be caused by disease, drug use, reduced digestive function, or inadequate magnesium intake. (48)

More subtle, long-term symptoms that you may not notice include insulin resistance and high blood pressure.

Dietary sources of magnesium include:

It is possible to be deficient in almost every nutrient. That said, the deficiencies listed above are by far the most common.

Children, young women, older adults, vegetarians, and vegans seem to be at the highest risk of most of the deficiencies outlined above.

The best way to prevent deficiency is to eat a balanced diet that includes whole, nutrient-dense foods. However, supplements may be necessary for those who can’t obtain enough from diet alone.