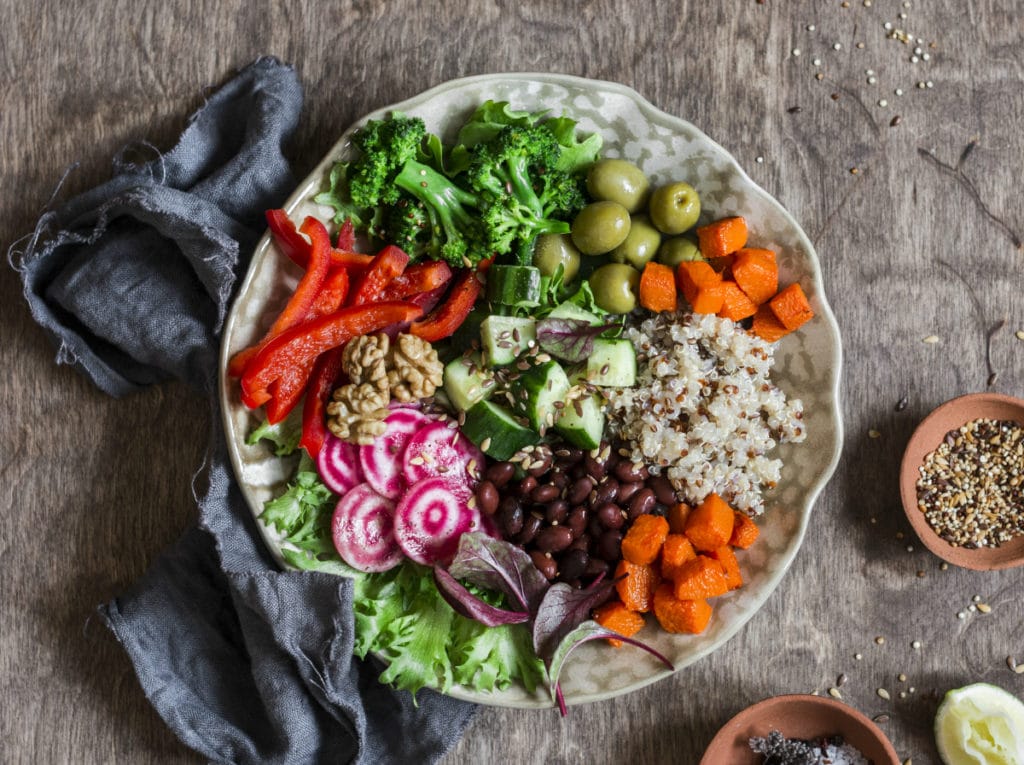 Plant-based diets can be a very healthy way of eating.

In fact, they’ve been linked to multiple health benefits including a lower risk of excess weight, heart disease, and even some types of cancer.

However, a few nutrients are either difficult or impossible to get in adequate amounts from eating solely plant foods. Therefore, it’s very important to be aware and supplement wisely to maintain your health and physical performance.

Here are 7 nutrients commonly lacking in a plant-based diet

vitamin B12 is an essential nutrient that’s almost exclusively found in animal-sourced foods, such as fish, meat, dairy products, and eggs. (1)

Studies have shown that without supplements or enriched foods, vegetarians are at a high risk of vitamin B12 deficiency. (2)

Lacto-ovo-vegetarians can get adequate amounts of this nutrient from dairy products and eggs, but this is much more challenging for vegans. (3)

Vegans who don’t take supplements are therefore at a higher risk of vitamin B12 deficiency than vegetarians. (4, 5, 6)

The symptoms and risks associated with vitamin B12 deficiency include:

To get sufficient amounts of vitamin B12, those following a vegan diet must get vitamin B12 by taking supplements or eating food that has been fortified with this nutrient.

In addition, a few plant foods naturally contain trace amounts of bioactive vitamin B12, including:

Nori seaweed is considered the most suitable source of biologically available vitamin B12 for vegans, though it doesn’t provide a sufficient amount on its own. (21)

Keep in mind that raw or freeze-dried nori may be better than conventionally dried types, as some of the vitamin B12 is destroyed during the drying process. (22, 23)

However, those are not considered to be sufficient sources of dietary vitamin B12 and do not provide the daily need.

Another plant food often claimed to contain vitamin B12 is spirulina. However, it offers only pseudo-vitamin B12, which is not biologically available. For this reason, it’s unsuitable as a source of this vitamin. (24)

Vitamin D is an essential nutrient with many important functions.

Also called the sunshine vitamin, vitamin D doesn’t have to come from your diet.

Your skin can produce it when it’s exposed to sunlight. However, if your sunlight exposure is limited or you live far from the equator, you must get it from food or supplements.

There are two types of dietary vitamin D — ergocalciferol (D2) found in plants and cholecalciferol (D3) found in animal-based foods.

The best sources of vitamin D3 are fatty fish and egg yolks. Other sources include supplements, cod liver oil, or enriched foods like milk or cereals. (27)

As the main dietary sources of vitamin D3 are not plant-based, vegetarians and vegans may be at a higher risk of deficiency, especially during the winter in countries north or south of the equator.

Deficiency in vitamin D3 is linked to an increased risk of various adverse conditions, including:

Deficiency in DHA can have adverse effects on mental health and brain function, especially in children. (38, 39)

However, the conversion of ALA to DHA is very inefficient and may not increase blood levels of DHA sufficiently. Therefore, vegetarians and vegans often have lower levels of DHA than meat eaters. (44, 45, 46)

Vegans can get this important fatty acid by taking supplements in the form of algal oil, which is made from certain microalgae (47, 48).

Heme iron is a type of iron only found in meat, especially red meat. It’s much better absorbed than non-heme iron, which is commonly found in plant foods. (49)

Heme iron also improves your absorption of non-heme iron from plant foods. This phenomenon is not entirely understood but is called the “meat factor.”

Non-heme iron is poorly absorbed, and its absorption can be limited further by antinutrients that are also present in plant foods, such as phytic acid.

Unlike non-heme iron, the absorption of heme iron is not affected by the presence of antinutrients.

For this reason, vegetarians and vegans — especially women and people on raw food diets — are more prone to anemia than meat eaters. (50)

However, iron deficiency is easy to avoid on a well-planned vegan diet that contains plenty of non heme iron.

Creatineis a molecule found in animal foods.Most of which is stored in muscles but significant amounts are also concentrated in the brain.

It functions as an easily accessible energy reserve for muscle cells, giving them greater strength and endurance. (51)

For this reason, it’s one of the world’s most popular and researched supplements used for building muscle. In fact, studies show that creatine supplements can increase both muscle mass and strength. (52)

Creatine is not essential in your diet, as it can be produced by your liver. However, studies have shown that vegetarians tend to have lower amounts of creatine in their muscles. (53)

One study placed people on a lacto-ovo-vegetarian diet for 26 days and found that doing so caused a significant decrease in their muscle creatine levels. (54)

Because creatine is only naturally found in animal tissue, vegetarians and vegans can only get it from supplements.

For vegetarians, creatine supplements may have significant benefits, including:

Some of these effects are stronger in people on a vegetarian diet than in meat eaters. For instance, vegetarians taking creatine supplements may experience significant improvements in brain function while meat eaters see no meaningful difference. (58)

However, this most likely attributed to the meat eaters already having higher levels of creatine in their muscles as a result of their diet.

Carnosine is an antioxidant that’s concentrated in the muscles and brain of humans and animals. (59, 60)

It’s very important for muscle function, and high levels of carnosine in muscles are linked to reduced muscle fatigue and improved performance. (61, 62, 63)

Carnosine is only found in animal-based foods. However, it’s considered non-essential, as your body can form it from the amino acids histidine and beta-alanine.

Dietary sources of beta-alanine may contribute significantly to muscle levels of carnosine, but the main dietary sources ⁠—⁠ meat, poultry, and fish — are non-vegetarian.

Subsequently, studies have shown that vegetarians have less carnosine in their muscles than meat eaters. (64, 65)

Supplementing with beta-alanine is a great way to increase the levels of carnosine in your muscles, improving endurance and increasing muscle mass. ( 66, 67, 68)

Taurine is a sulfur compound found in various body tissues, including your brain, heart, and kidneys. (69)

While its bodily function is not entirely clear, it appears to play a role in muscle function, bile salt formation, and antioxidant defenses (70, 71, 72).

Taurine is only found in animal-sourced foods, such as fish, seafood, meat, poultry, and dairy products (73).

Subsequently, studies have shown that vegans have much lower levels of taurine than meat eaters (74, 75).

It’s not considered essential in the diet, as your body produces small amounts. Still, dietary taurine may play a role in maintaining your body’s taurine levels.

Synthetic taurine supplements are widely available and suitable for vegetarians and vegans.

Unfortunately, a few nutrients are impossible or difficult to get from commonly consumed plant foods.

If you plan to eliminate animal-sourced foods from your diet, make sure to keep those nutrients in mind, and take the proper dietary supplements to make sure that you’re getting everything your body needs.