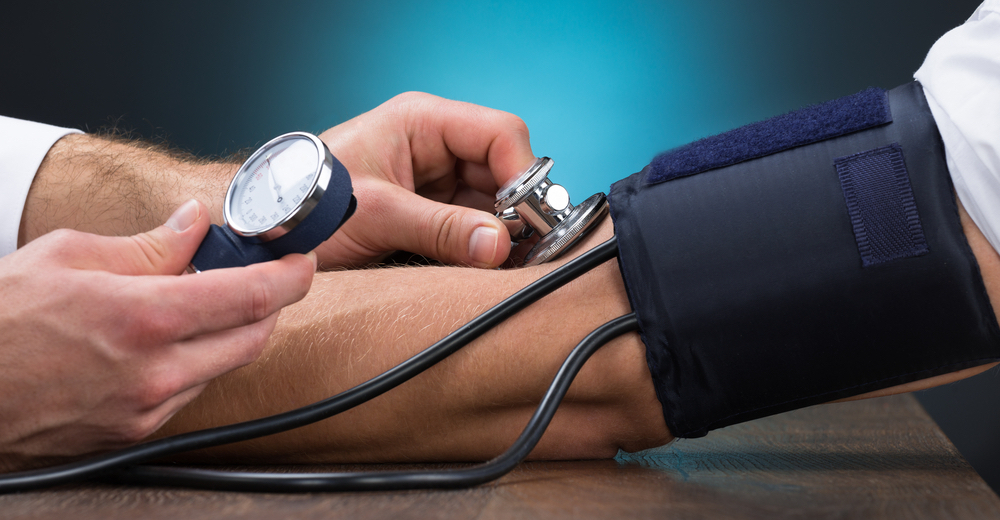 How to Lower Your Blood Pressure Naturally

High blood pressure is the leading risk factor for premature death, accounting for over half the deaths caused by cardiovascular disease and 13.5 percent of all deaths each year.

It affects one-third of the entire population in the U.S. And nine in ten Americans are expected to develop high blood pressure by the age of sixty-five.

In Fact, recent research suggests that even “high normal” blood pressure (120–129 / 80–84 mmHg) increases the risk of death from cardiovascular disease by as much as 46 percent. (1)

However, making our current situation worse, studies have shown that drug therapy for “high normal” blood pressure and even mild hypertension is not effective.

A large review of randomized, clinical trials performed by the prestigious Cochrane Collaboration found that anti-hypertensive drugs used to treat mild hypertension (140–159 / 90–99 mm/Hg) did not reduce disease complications or the risk of death. (2, 3)

If you have “high-normal” blood pressure or mild hypertension, here are some recommendations for decreasing your blood pressure without the use of harsh medications.

Here is what you need to pay attention to:

Potassium – High dietary intake of potassium is associated with lower blood pressure. In fact, many researchers believe that the protective effects of potassium are one of the major reasons why tribespeople like the Kalahari Bushmen and traditional pygmies of Sub-Saharan Africa have such a low incidence of high blood pressure.

In their diets, the average daily intake of potassium was approximately 10,500mg, daily. In comparison, the average American consumes about 2,800mg. (5)

Cold-water fish – There are numerous health benefits of EPA and DHA, the polyunsaturated fats found in cold-water fish. Studies have shown that DHA, in particular, is very effective at reducing blood pressure.

Additionally, you don’t necessarily need to take a fish oil supplement to get this benefit; eating cold-water fish three times per week is just as effective as taking a high-dose fish oil supplement, and the protein in the fish may also have a blood-pressure lowering effect. (6)

Magnesium – A high dietary intake of magnesium has been shown to reduce blood pressure, although its effect is not as strong as what is observed with potassium. Nuts, seeds, spinach, beet greens, and cocoa are some of the highest food sources of magnesium.

We’ve been told for years that a high salt intake is one of the primary risk factors for high blood pressure and cardiovascular disease, but it’s time to clear up this myth.

Although some studies do suggest that restricting salt can lower blood pressure, the evidence supporting a connection between salt intake and cardiovascular disease is weak at best.

What’s more, some evidence suggests that restricting salt too much may be harmful to our health.

As usual, individual variation plays a role. It appears that a minority of the population is “salt-sensitive”, which means they’re susceptible to developing hypertension when consuming a diet higher in sodium.

For the rest of us, however, there’s no strong evidence that reducing salt intake below one and one-half teaspoons or 3,600mg daily, which is the average intake in the U.S. today, is beneficial.

There are a number of steps you can take in terms of behavioral and lifestyle change to lower your blood pressure.

Exercise – Endurance exercise, strength training, high-intensity interval training and simply moving around more during the day (outside of a distinct exercise period) have all been shown to significantly reduce blood pressure.

Sunlight – Exposure to ultraviolet light (via sunshine or tanning beds) increases the production of a chemical in our bodies called nitric oxide. Nitric oxide is a powerful vasodilator; it helps our blood vessels to relax, which in turn lowers blood pressure.

Meditation – Several studies have shown that meditation can be effective for lowering blood pressure, possibly via its relaxing effects on the nervous system. (10)

Deep breathing – Deep breathing is part of many traditional practices such as yoga, qi gong and certain forms of meditation. Even short periods of deep breathing have been shown to modestly lower blood pressure, and using deep-breathing techniques over weeks to months may lead to long-term reductions in blood pressure.

Research suggests that three to four fifteen-minute sessions per week of deep breathing are sufficient to have this effect. (11)

Biofeedback – Biofeedback, the process of becoming aware of the body’s physiological functions, has been shown to effectively reduce blood pressure, with no side effects or risks. (12)

First, get your weight loss, exercise, sleep and sun exposure dialed in. Then choose either meditation, deep breathing, or biofeedback and stick with it for a month. You’ll be amazed at the results.

Several supplements have been shown to be quite effective for lowering blood pressure. In fact, research suggests that when combined together, diet and lifestyle changes and supplements can be even more effective than drug treatment.

Supplements you should consider:

CoQ10 – Coenzyme Q10 (CoQ10) is an antioxidant that plays an important role in protecting the heart. Levels of CoQ10 decrease with age and are lower in patients with diseases that are characterized by inflammation and oxidative stress, such as high blood pressure, heart disease, and type 2 diabetes. At doses of 100–225 mg per day, CoQ10 has been shown to reduce both systolic blood pressure and diastolic blood pressure. (13)

CoQ10 is fat soluble, which means it’s best to take with meals that contain fat. However, newer formulations are available that significantly improve absorption and lead to higher serum CoQ10 levels.

Magnesium – Magnesium taken in supplemental form at doses of 500 to 1,000mg daily, over an eight-week period has been shown to significantly reduce blood pressure. I recommend chelated forms of magnesium such as magnesium glycinate for optimal absorption and tolerance.

Vitamin C – Vitamin C has been shown to modestly reduce blood pressure and improve arterial health. This is especially true for people who are low in vitamin C to begin with. The recommended dose is 1,000mg per day.

Potassium – Potassium may help reduce blood pressure, especially when dietary intake is inadequate. Some of the best dietary sources of potassium are avocados, acorn squash, sweet potato and spinach, along with some species of fish, like halibut, rockfish, and salmon. (14)

If you’re not eating these foods you may want to consider supplementing with 1,000 to 2,000mg of potassium, daily. However, I recommend checking with your doctor before doing this, and monitor your potassium levels; high-dose potassium supplementation over a long period of time may lead to mineral imbalances and can become dangerous.

Tony Bednarowski
http://www.getyourleanon.com
Over the past 30 years Tony has devoted his time to educating, coaching and mentoring people to take charge of their own health’s destiny. He says “As we continue to listen to outdated nutritional advice, it’s clearly evident that our approach has completely missed the mark proven by the fact that society is getting bigger and sicker as a result, not leaner and healthier”.

A No BS Carb Guide