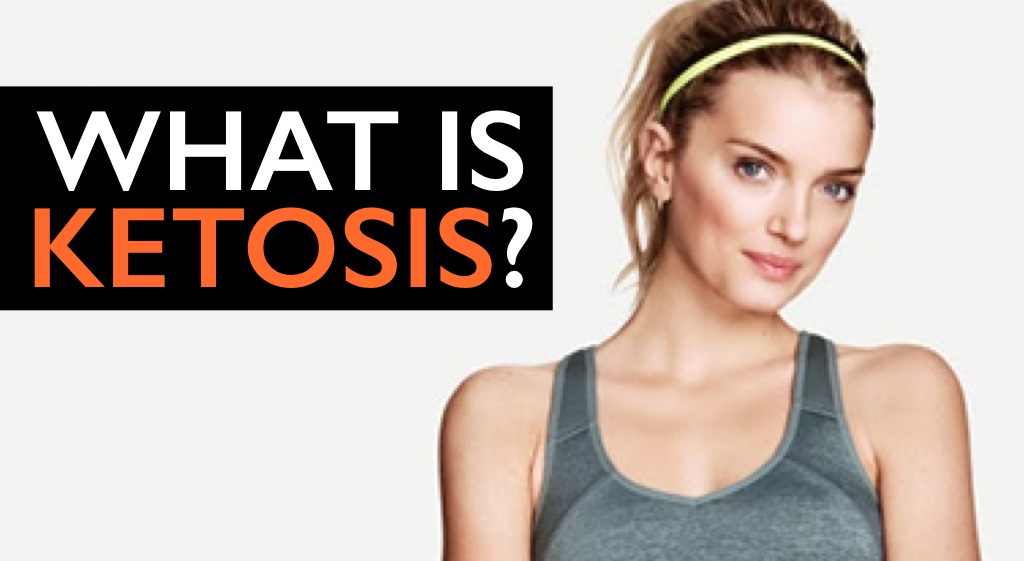 Ketosis 101 – An Evidenced Based Review

Ketosis has been portrayed as taboo by many health professionals and declared an unhealthy and even toxic metabolic state. In fact, you may have even heard from your doctor or health advisor that ketosis is a life-threatening condition. However, a great part of this misconception may be due to the fact that many often confuse ketosis with ketoacidosis.

First, to clear up some of this confusion, ketoacidosis is a severely dangerous metabolic condition commonly experienced by uncontrolled type I diabetes. In ketoacidosis, the bloodstream is flooded with extremely high levels of glucose (blood sugar) and ketones. In this state, the blood becomes very acidic, which is seriously harmful and can turn fatal if left untreated.

Ketosis, on the other hand, is a vital process passed on to us through evolution.  You see, our brain can only function with glucose and ketones. However, since we can’t store more than about 24 hours’ worth of glucose, we would all literally die of hypoglycemia if ever forced to fast for more than a day. Fortunately, our liver can take fatty acids and select amino acids (the building blocks of proteins) and turn them into ketones, primarily to feed our brains.  Hence, our body’s ability to produce ketones is required for our basic survival.

Therefore, ketosis is a completely natural, healthy, metabolic state. It involves the body producing ketone bodies out of fat, and using it for energy in times when the body’s stored glycogen level (sugar) is low.

In addition to this highly misunderstood metabolic state’s ability to produce fast, healthy weight loss by forcing the body to burn body fat more efficiently; ketosis is now being looked at for several major health benefits, including its ability to reduce symptoms of Metabolic syndrome, Alzheimer’s disease, Parkinson’s disease and even seizures in children suffering from Epilepsy. (1, 2, 3, 4, 5)

So, again, although ketosis may be viewed by many health advocates as a highly unhealthy condition, in this piece I will unravel some of the misconception behind it along with how it may actually benefit you.

Ketosis is a metabolic state in which fat provides nearly all of the fuel for the body’s energy demands due to its limited access to glucose or (blood sugar).

But Your Brain Needs Carbs Right?

Because of this evolutionary advantage that I outlined earlier it’s a common misconception that the brain cannot function without carbohydrates. While it’s true that glucose is the preferred fuel for the brain, that doesn’t mean we have to consume carbohydrates to get it.

When we are in a state of ketosis these ketone bodies are perfectly capable of crossing the blood-brain barrier to provide energy for the brain. Equally, our body also has the cunning ability to convert certain amino acids and fatty acids into glucose through a process called gluconeogenesis (gluco = sugar) (neo = new) (genesis = creation) supplying the brain with all the energy it needs to run efficiently.

Therefore, ketosis and gluconeogenesis are perfectly capable of fulfilling all of the brain’s energy demands.

Ketogenic diets (below >50 grams of carbs per day) are extremely effective for losing weight and getting lean because you are essentially resetting the body’s enzymatic machinery to use fat as its primary fuel source in the absence of carbohydrates. (6)

This type of diet is a popular weight loss method that is well-supported by science. Numerous studies have found that ketogenic diets and being in a state of ketosis lead to greater weight loss, and more importantly more body fat reduction than all other forms of dieting. (7, 8)

In fact, one major randomized study reported more than two times more weight loss for people on a ketogenic diet, compared to those on low-fat, or calorie-restricted diets. (9)

What’s more, people tend to feel less hungry, stay fuller longer and have fewer cravings on a ketogenic diet, which is greatly attributed to being in the state of ketosis. For this reason, portion control or monitoring calories is an absolute non-issue on this type of diet. (10)

Ketosis and Its Therapeutic Effect

Ketosis is now being looked into for its significant therapeutic effects. There are now being studies done on ketosis and ketogenic diets as a treatment for a wide variety of adverse health conditions including: Alzheimer’s disease, Cancer, Metabolic syndrome, Parkinson’s disease and Type II Diabetes (11)

Alzheimer’s disease (AD) is characterized by early and region-specific declines in cerebral glucose metabolism. Ketone bodies are produced by the body during glucose deprivation and are metabolized by the brain. Studies found that elevated serum ketone bodies in AD patients resulted in significant differences in ADAS-Cog scores compared to the Placebo. (13)

Cancer – Some studies suggest that ketosis may aid in cancer therapy, possibly by helping to “starve” cancer cells of glucose. (14)

The therapeutic effect of ketosis for brain cancer management is due largely to the reduction of circulating glucose required for rapid tumor growth. Genes for ketone body metabolism prove useful for screening brain tumors that could be targeted with ketogenic diets. In preclinical studies ketosis was shown as a safe and effective therapy and considered as an alternative therapeutic option for malignant brain cancer. (15)

Being in a state of ketosis is viewed as a therapeutic strategy for weight loss, but, in addition, also improves glycemic control, insulin levels, triglyceride levels and HDL levels even in the absence of weight loss. (17)

Type II diabetes – Ketosis has been shown to improve insulin sensitivity by up to 75 percent, and some diabetics are able to reduce or even stop diabetes medication. (18)

Studies on ketogenic diets have shown an improvement in glycemic control, and a reduction or elimination of medication needed for those with type II diabetes. This type of diet led to greater improvement in glycemic control, and more frequent medication reduction/elimination than the low glycemic index diet. Lifestyle modification using very low carbohydrate interventions has shown great promise as an effective means for improving and reversing type II diabetes. (19)

Parkinson’s disease – Parkinsonism refers to all clinical states characterized by tremor, muscle rigidity, slowed movement (bradykinesia) and often postural instability. Ketones may bypass the defect associated in Parkinson disease (PD) and alleviate some or all of these symptoms.

In this particular study five volunteers with PD were able to prepare a hyper-ketogenic diet at home and adhere to it for 28 days. Using the Unified Parkinson’s Disease Rating Scale scores improved in all five participants during ketosis. (20, 21)

However, the diet regained widespread recognition as a viable treatment option beginning in 1992 due to the efforts of parent advocate groups. Despite challenges to implementation of the treatment, the ketogenic diet has shown significant potential as a powerful tool for fighting epilepsy. (23)

It has primarily been used in children, with some studies showing remarkable benefits. Many epileptic children have had massive reductions in seizures on a ketogenic diet, and some have even seen complete remission. (24, 25, 26)

How Can One Achieve A State Of Ketosis?

Getting into a state of ketosis is achieved by adhering to a diet that is high in fat and very low in carbohydrates -usually around 20g to30g per day- along with an adequate amount of protein to sustain a healthy metabolism and preserve lean muscle tissue. (27)

When consuming a diet very low in carbohydrates the body’s production of insulin drops forcing the release of fatty acids from the body fat stores in large amounts. Many of these fatty acids are then transferred to the liver, where they are oxidized and turned into ketone bodies, providing an efficient energy supply for the body.

How Long Does It Take To Get Into Ketosis?

Generally it will take anywhere from 3 to 7 days to achieve a state of ketosis, depending on your body type, activity levels, and of course what you’re eating. The fastest way to get into ketosis is to exercise on an empty stomach, restrict your carbohydrate intake to 20g or less per day, and be vigilant with your water intake.

How Do You Know If You Are In Ketosis?

The most common way to know you’re in ketosis is to use ketostix which can usually be picked up right at your local pharmacy. Ketostix measure the amount of acetone in your urine, which are mostly unused ketones. This measuring stick will give you an idea as to how far you’re in ketosis by a simple color change registered directly on the stick. Any pink or purple on the stick shows that ketones are being produced in your body. Darker colors mean that your ketone levels are more concentrated in your urine indicating a higher state of ketosis.

Does Ketosis Have Any Negative Side Effects?

Although ketosis seems to be a perfectly safe and healthy metabolic state for the majority, there are a few potential side affects some may experience when being in ketosis.

However, most of the symptoms are temporary and in nearly all cases disappear within a few days to a week.

People who are taking medication to lower blood sugar levels should consult their physician before trying a ketogenic diet, due to the fact that the diet may reduce the need for medication. However, ketosis is generally a safe and effective way to lose weight and change body composition for healthy people.

If you are going to try a ketogenic diet know that the rewards can be unbelievable, nevertheless, it takes extreme discipline. And whereas a majority of people will feel really good and full of energy while being in ketosis, others may feel downright miserable.