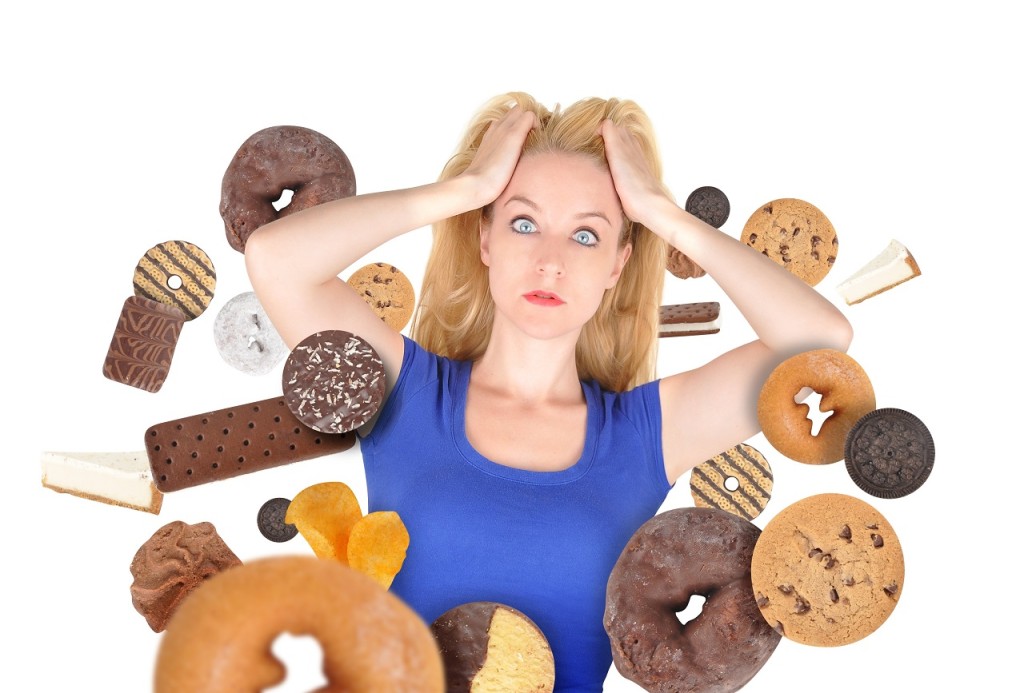 The 3 Hormones That Regulate Hunger, Cravings and Satiety

Weight loss isn’t as clear-cut as eating less and exercising more. Even though the “cut calories” or “count calories” approach to losing weight has been a staple in our culture for some four plus decades it is quite evident, due to the fact that society is getting bigger and sicker as a result, that this approach has been very misleading.

The first step in changing this phenomenon is to understand that the human body is a complex biological system. Every time you consume a food, your body is evaluating that food as good or bad, nutritionally supportive or hormonally disruptive. It comes down to basic biology — not math. Will those calories support letting your body do what it’s designed to do automatically by stabilizing harmonious hormone balance, or will they throw your body into hormonal havoc?

If people were to understand the reason why they’ve gained weight, or the cause, then losing it would be much more comprehendible. Without understanding the “CAUSE”, a solution seems out of reach because it’s like trying to solve a big mystery. But, when we understand causation the solution makes perfect sense.

Controlling hormonal balance is the driving force behind having your body in a homeostatic state. There are many hormones that are produced within our body, but 3, in particular, are associated with the regulation and reaction to hunger, cravings and satiety which can ultimately lead to weight gain.

Hunger, cravings and fullness are controlled by 3 hormones
Tweet

Let’s look at our 3 hunger, cravings and satiety hormones

Insulin is touted by many nutrition professionals as a fat storing hormone. Although this is true, it’s only true to a varying degree. Insulin is more accurately described as a hormone made by the pancreas that allows your body to use sugar (glucose) from carbohydrates in the food that you eat for energy or to store glucose for future use. One of this hormone’s main jobs is to keep your blood sugar level from either getting too high or what is a state known as (hyperglycemia) or going too low which is known as (hypoglycemia).

After you eat foods that raise your blood sugar level, your pancreas releases insulin into the bloodstream. This insulin then tells our cells to pick up this sugar from the bloodstream. It then escorts this sugar to your cells to be stored as energy in the form of glycogen. If our energy reserves or (glycogen level) is already full, this sugar will then be taken to your adipose tissue where it will be stored as fat. (1)

Although insulin is a very important hormone and absolutely essential for survival, when it becomes chronically elevated for prolonged periods, it can become highly disruptive and cause major metabolic issues.

We now know that the main stimulus for insulin secretion is dietary carbohydrate. In fact, many studies have concluded that eating a lower carbohydrate diet helps stabilize blood sugar, reduce cravings which lead to a dramatic reduction in insulin output helping produce automatic weight loss without counting calories. (2, 3, 4)

The bottom line here is you don’t need to wait for some scientific breakthrough about the exact causes for obesity or weight gain, because however science formulates whatever the mechanisms associated with it are, there is already a simple way to reverse it by reducing your carbohydrate conception.

Leptin is a hormone that is produced by our body’s fat cells and is notably referred to as a satiety/starvation hormone. Leptin’s primary target is in the brain, particularly to an area called the hypothalamus.

One of its primary jobs is to inform our brain that we have plenty of fuel stored (primarily fat). This signals a satiating effect telling the body that food intake is not necessary, preventing over-eating. (5, 6, 7, 8)

Leptin has many important functions relating to metabolism including the impact on food intake, energy homeostasis, as well as, cognition and immune function. However, leptin’s main role is long-term regulation of energy balance, which is the total amount of calories we consume and expend, and how much fat we end up storing on our body. (9, 10)

Leptins origin of checks and balance was originally designed to keep us from starving and/or overeating, both of which would have made it less likely to survive in nature.

These days, however, leptin seems quite effective at keeping us from starving. Conversely, for many of us today something seems to be disengaged when it comes to preventing us from overeating.

Ghrelin, a hormone which is produced in the gastrointestinal tract is referred to by many experts as our hunger hormone. It elevates when we’re hungry and reduces after we’ve eaten. When the stomach is empty, ghrelin therefore is secreted. When the stomach is stretched, secretion stops. This hormone acts (as does Leptin) on the area of the brain known as the hypothalamus signaling both to increase hunger and to increase gastric acid secretion to prepare the body for food intake. Beyond regulating hunger, ghrelin also plays a significant role in regulating the distribution and rate of use of energy. (11)

Many studies show that different foods and ingredients have vastly different effects on the way ghrelin is released, and how it reacts in our bodies, solidifying the fact that all calories are NOT created equal.

For instance, one study shows that fructose leads to higher ghrelin levels, raising our hunger level, even more so than glucose, thus indicating that fructose may indeed have a more dramatic effect on weight gain than regular sugar. (12)

In yet other studies done around sleep patterns, sleep-deprived individuals are proven to have larger appetites. Sleep deprivation seems to disrupt daily fluctuations in our appetite hormones and is believed to cause poor appetite regulation. (13, 14)

It is also more clearly shown today that low carb diets lead to an automatic reduction in calorie intake, so people eat fewer calories without having to think about it. Within that there is also evidence that low carb diets can have beneficial effects on appetite regulation, keeping both leptin and ghrelin hormones in check. (16)